Some of the recent bets advised on NMP include:

We started 2015 tardily and, if the service's performance over the course of the year had been a horse racing performance, the form comment for it would have read "slowly into stride, made smooth headway mid-race, faded late on".

There was little to cheer about for members in January other than small victories for Boom The Groom (10/3), Forceful Appeal (11/2), Ahtoug (11/2), Luv U Whatever (3/1) and Pensax Lad (9/2), amongst others, and February was equally as frustrating as our highest return from the month was 3.6 pts from a winning 0.5 pt EW bet on Boom The Groom at 6/1.

As we moved into March, the performance of the all-weather picks was again a cause for concern, but things picked up over the jumps and several winners at the Cheltenham Festival were very much welcomed - Cause Of Causes (8/1) winning the four-miler, Vautour (2/1) in the JLT Novices' Chase (pictured below, (c) Graham Sarson), The Package (12/1) in the Kim Muir and Killultagh Vic (16/1) in the Conditionals Hurdle all combined to win to ensure we ended the week ahead.

It was again the jumpers that were keeping us clothed and fed as we moved into April. My analysis of the Cheltenham Festival suggested there had been some freak results occurring at Prestbury Park this year - far more horses were making all to win than in a normal year - so I drew up a shortlist of 'unlucky' horses from Cheltenham and backed them all at Aintree.

April saw Lingfield stage the All-Weather Championship Finals and, although we broke even on Finals Day, we were unlucky not to win over 10 pts - we had a single and live multiples rolling onto Sovereign Debt in the AW Mile Final but he was run down a blind alley by his rider and finished full of running in second after only getting a gap late on.

We had a winning double on two of the shorties - Tryster and Pretend - which paid roughly 5/2 - but really needed Sovereign Debt (7/2), who we had in multiples with those winners, to really make it pay.

Cautious start to the Flat

Wary of the fact the first six weeks of the Flat season are traditionally the hardest - with fitness an issue for many runners - we staked cautiously in the opening months of the campaign.

We enjoyed our fair share of winners, including Master Of Finance (9/1) at Pontefract, Deuce Again (16/1) at Nottingham and, perhaps most notably, an against-the-grain winner in 20/1 shot Arctic Feeling at Newcastle. 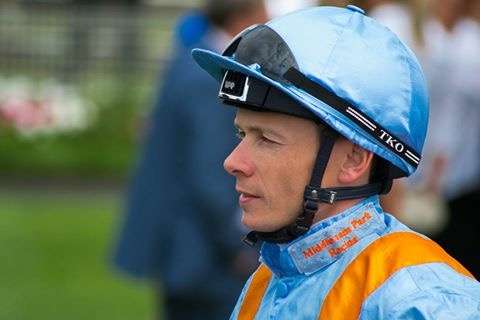 Those winners ensured April - the first full month of flat racing - was our first profitable month of the year and we backed that up in the months that followed.

Middleham maestro does us proud

June was also a profitable month for us as we started to back Mark Johnston's team to good effect. Midlander (13/2), Denzille Lane (13/2), Tizlove Regardless (3/1), Chadic (2/1) and Martiniquaise (2/1) were some of the successful picks we had from the North Yorkshire stable.

We enjoyed two decent winners at Royal Ascot in the shape of Clondaw Warrior (8/1) and Trip To Paris (16/1), while other decent wins for us at this time were Bushcraft (6/1) at Newcastle and Kinema landing the Cumberland Plate for us at Carlisle, unfancied in the betting, at odds of 16/1.

July was the month where we really began to turn the screw, however, and we ended with +42.35 pts profit for the month.

There were so many winners from July I cannot list them all - it was the month where we got our just rewards for persistence and perseverance.

Some of the highlights were landing an all-weather gamble on Purple Spectrum (12/1), a winning 3 pt MAX bet on Basem at Sandown (9/2), Resonant winning at the July meeting at HQ (9/1), Master Carpenter winning the John Smith's Cup (18/1), Kimberella going in when strongly-fancied at York (10/1) and Poyle Vinnie defying a market drift to win the Scottish Stewards' Cup at Hamilton at odds of 22/1.

August wasn't quite as profitable but we put another +26.61 pts profit on the board with another excellent month.

Lexington Place (6/1) started the hot run when winning at Musselburgh and the following day, at the same track, Spring Offensive landed a 3 pt MAX bet for us to put us just over 11 pts ahead of the month.

The next next day was key, though, as Eccleston (6/1) obliged at Thirsk and Polarisation (7/2) won for us at Hamilton. We had winning singles and a double on the pair - it was a big day for us!

On my service records I settled the returns from the double at SP (as I do routinely) but any members who took prices on that double made much more profit than that I reported in my results (and that is the main reason why many members have better the end of year profit figure I have reported below).

After putting plenty of points on the board over the summer, a comedown period was inevitable - and September proved just that.

A month in which your cumulative profit never reaches double figures is never going to be a good one and we lost -15.93 pts, which set us back slightly.

We were back in profit in October and came close to landing an almighty chop during the Breeders' Cup.

We had three bets over the two days at Keeneland, with Stopchargingmaria (9/1) winning on the Friday and Wavell Avenue (20/1) winning on the Saturday. Mondialiste (16/1) was our third pick and for those of us that have backed the three picks in a trixie, victory would have been massive. Even a £2.50 EW trixie - costing £20 in total - would have yielded over £8,500 if Mondialiste had won.

However, after his rider gave up a strong racing position in the early stages, the best Mondialiste could manage was a fast-finishing second - it was still a good day's foraging but a hard result to stomach as his rider never put him in the race and my 2,728/1 treble was thwarted...... 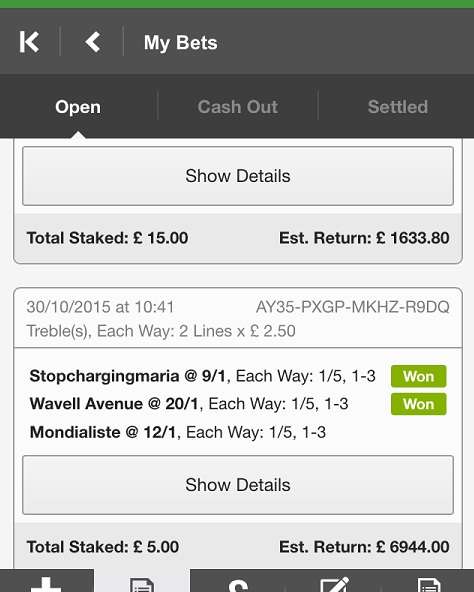 Other winners in October included the strongly-fancied pair Don't Be (10/3) in Ireland and Buckstay (11/2) at Ascot.

Lamar (4/1) landing Listed honours at Lingfield, Silver Concorde winning the Irish November Handicap (10/1), Beach Bar making most in the mud at Leicester (12/1 - 35p R4) and Demora (14/1) shocking odds-on hotpot Maljaa at Leicester were other good results for us as we closed the month in profit.

November was a truncated month for us as I took a break for several weeks at the end of the Flat season after a recent arrival into our family!

While we enjoyed no success in the Wentworth, or November Handicap on the final day at Doncaster, Withernsea (9/1) did get the job done in the 7f handicap on the same card.

In December we staked steadily with no turf racing for consideration and made a +0.19 pt profit from a small outlay of 17.5 pts - the highlights were First Mohican (10/1) and Meadway (7/1) winning on the all-weather.

All things considered, 2015 was another solid, profitable year for us. Although we didn't quite double an 80 pt betting bank to recorded prices (listed below) as I aimed to do so at the start of the year, I know many members came very close to doing so by taking the top end prices quoted in my e-mails (I settle them at the lowest quoted in the odds range).

We also had a number of near misses that, if they'd gone in our favour, would have made a massive difference to our year. Perhaps the most notable was Oriental Fox, who gave us a tremendous run for our money at 20/1 in the Cesarewitch and was beaten in a photo finish having been strongly tipped up as a 0.75 pt EW pick.